Devyn Dalton Portals in to BABSCon 2022 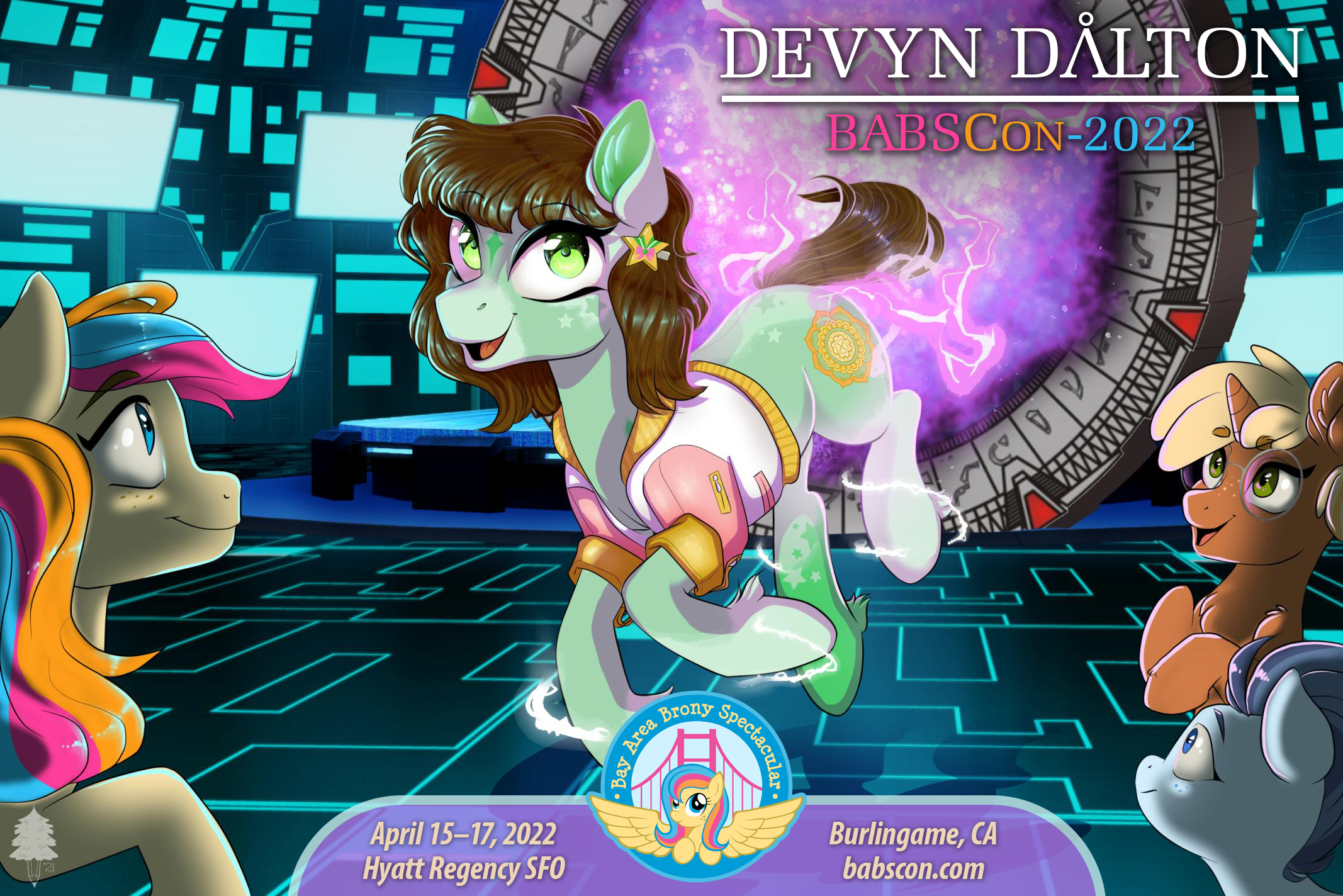 Imagine our surprise when the ol’ Stargate™ turned on. We were just about out of suspended animation when it supon up and a wild Devyn Dalton appeared!

We in the MLP fandom know Devyn best as the sweet and timid changeling, Ocellus on Friendship is Magic, but she’s something of a shapeshifter in the rest of her career as well. (And extremely sweet, but not so much with the timid.)

She’s done other voice work, notably Shasa on Beyblade Burst and Zia in Barbie’s Rock ‘n’ Royal Movie. She’s appeared on-screen as Púca in DC’s Legends of Tomorrow, the Angriest Boy in the World on Legion, and as Tabby in Netflix’s Hypnotic, among others.

Even more impressive is her lengthy resume of motion capture roles and stunt performance. She played Cornelius in War for the Planet of the Apes, Cornelia in Rise of the Planet of the Apes, and has done stunt work for Stephen Spielberg in The BFG, all over the Arrowverse, in A Series of Unfortunate Events, Resident Alien, and in so many more.

So register now and book your hotel room for April 15–17, when we’re going BEYOND!

PS: We can always use more volunteers. Get fed all weekend, get free swag, have lots of fun. You know you wanna…