BABSCon 2022 Gets Galactic with Andy Price 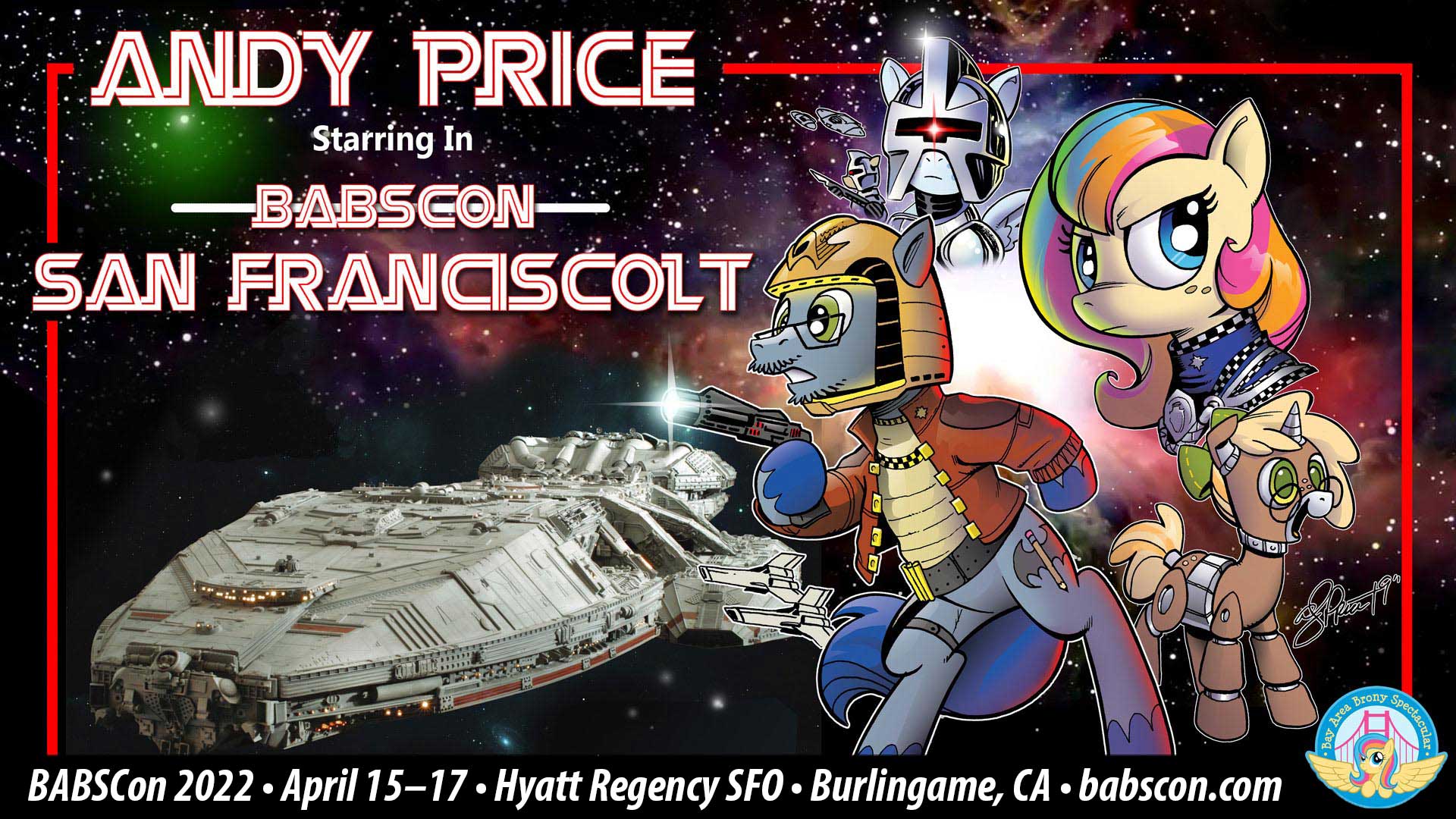 Our BABSBomb continues in epic, even galactic, fashion. You want art? You want humor? You want one of the nicest people in the My Little Pony world? Well, we’ve heard you. “By your command,” it’s Andy Price!

And what makes this veteran of the IDW MLP titles so very “…and BEYOND!”, you ask? Simple! He’s one of the very few creators who worked on all the My Little Pony: Friendship (and FIENDship) is Magic comics from issue #1 to the final issue, the end of the amazing “Season 10” arc.

Andy joins Nicole Oliver among our Guests of Honor, with 3 more to be announced this week alone…and that’s just for starters!

So register now—and don’t forget to book your hotel room to party with Andy and our other guests this April.