BABSCon Gets On the (Space)Ball with Josh Haber! 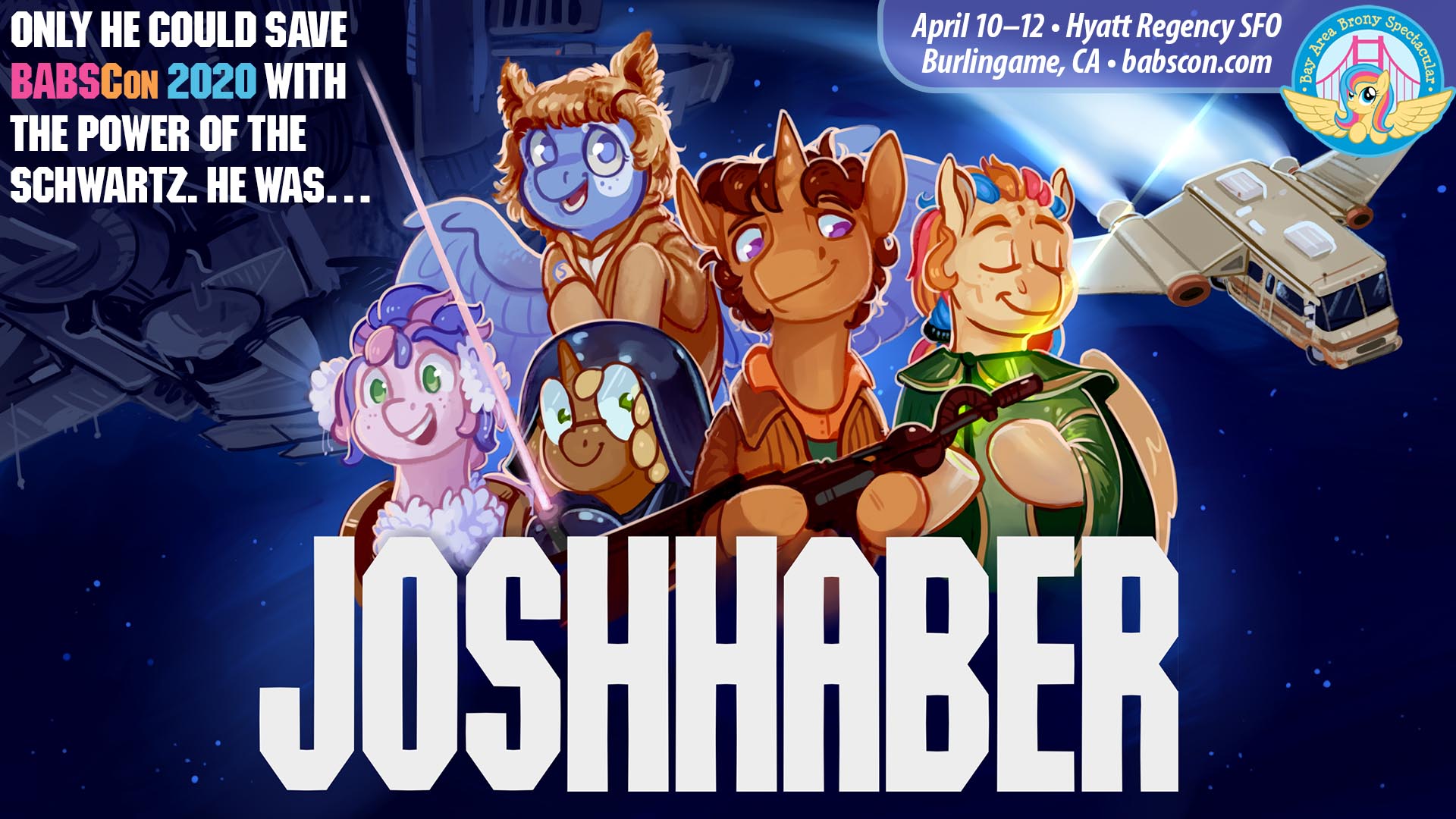 It takes a man of quality…a man of fortitude…a man of ACTION to land the good ship My Little Pony: Friendship is Magic at the end of its nine-year odyssey. Thankfully, our next Guest of Honor is a man imbued with just such qualities of greatness. He is: Josh Haber.

Josh joined MLP:FiM in Season 4 and came out swinging with his first episode, “Castle Mane-ia.” Before long, he was practically running the place, either co- or lead story editing most of Seasons 6-9 and being a producer for the show. His episodes are some of the best in the series, including “The Cutie Re-Mark,” “Stranger Than Fan Fiction” (with Mike Vogel), “To Where and Back Again” (also with Vogel), “It Isn't the Mane Thing About You,” “Road to Friendship,” “Shadow Play” (with Nicole Dubuc), and of course, the liquid-pride-inducing series epilogue, “The Last Problem.”

Over on Equestria Girls, Josh wrote the third movie, Friendship Games, and the Rainbow Rocks shorts “Hamstocalypse Now!” and “Pinkie on the One.” He’s also responsible for MLP’s answer to quidditch, buckball, courtesy of “Buckball Season” and “Common Ground,” and—true story—made his pony con debut at the inaugural BABSCon back in 2014.

Register now so you don’t miss Josh and the rest, book that hotel room, maybe volunteer if you want to help make the magic, and come play with us at our little soirée by the Bay as BABSCon continues to go BEYOND!